As noted in some earlier posts – the bigger the CAP direct payments the more money is spent on pesticides (Lotman ja Kasak. Euroopa Liidu ühine põllumajanduspoliitika – kas ka päriselt roheline? Akadeemia nr. 3 – 2017, figure 9). Some would say: so what? The “modern” pesticides are presented by the industry as totally harmless to non-target organisms and necessary to avoid hunger. I must admit that my life experience does not include meeting lots of hungry organic farmers or indeed any data about food shortages caused by increase of the organic production – but let us rather look at the stated harmlessness of today’s pesticides. 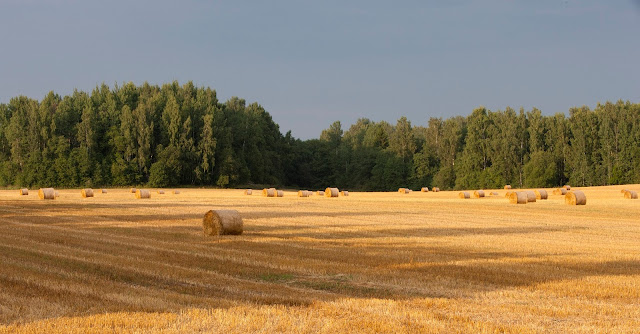 The approval process is dominated by industry’s own studies and it is not rare that a substance approved for use is later discovered to be a mutagen or a carcinogen. Take the most used herbicide world-wide: glyphosate residues of which are nowadays in food, beer or human blood. This seems unbelievable: a substance killing everything green should not be possible to use during the plant growth – how comes it is still in our food? Of course there are “Roundup-ready” GMOs common in US, but these are not allowed in EU and as far as my knowledge goes indeed not grown here. Take a look at the package of “Roundup gold” herbicide however and you will find advise how to spray the crop before harvesting. When crop is ripe it still can be spread over with glyphosate. The latter, though luckily not nearly as persistent in environment as “good” old DDT and other chlorinated organic pesticides, still does not degrade as quickly as many think it does. So it is not surprising to find it in our blood and urine.

Again – what is wrong with having glyphosate in your blood? After all, it is for killing plants, not animals like us. Alas, the substance is not harmless to animals, humans included. International Agency for Research on Cancer has found glyphosate to be probably carcinogenic to humans. The overall evaluation was based on finding of sufficient evidence of pure glyphosate causing cancer in animal experiments, strong evidence of DNA damage, and limited evidence of glyphosate formulations causing cancer in humans in real world exposures. According to precautionary principle this should be sufficient to ban the stuff in EU.

Regrettably however the EU decision-making has not followed the precautionary principle. European Food Safety Authority and European Chemical Agency have relied heavily on industry’s own data and discarded lot of independent science as “irrelevant”. Not surprisingly they found glyphosate not to be a cause of concern. Pressed by European citizens the Commission has last year renewed authorisation for use of glyphosate for just a year but now long-term re-authorisation is on the table again.

The systemic problems with pesticides are not limited to one substance. Endocrine disruption is known to be another problem with pesticides. The Commission has – after a delay of three years – finally unveiled the draft scientific criteria of endocrine disruption last year. The document is an industry’s dream, and something that will not protect our health and environment from the dangers created by pesticide use. Why should one then trust the policy that in effect promotes use of pesticides?

While there are definitely good sides of the CAP, their budget is minuscule and completely dwarfed by the direct payments. “Greening” does not work and could rather be called “green-washing”. Most absurd is the clause permitting use of pesticides in the so called “ecological focus areas”. While exceptional use of herbicides in dealing with invasive alien species like Giant Hogweed can be viewed as a lesser evil, calling monoculture routinely spread over with pesticides an “ecological focus area” is a complete hypocrisy.


The Commissioner for agriculture has recently tried to win back the trust of environmentally sensitive public by proposing ban of pesticides in ecological focus areas. This would be indeed a step in right direction, albeit only a small one. This modest proposal however has met a staunch resistance – COMAGRI voted it down on May 30. Apparently it is not possible to cure the CAP with cosmetic improvements – the policy needs a radical reform.
en

Popular posts from this blog 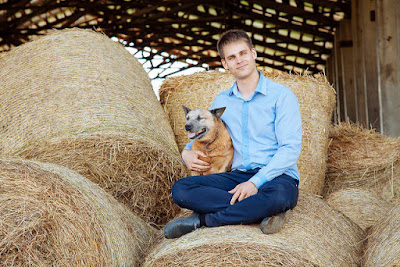 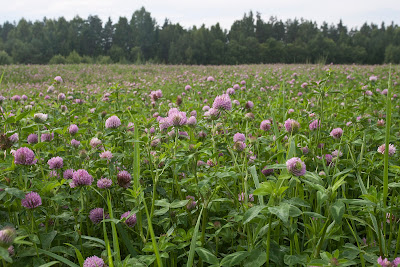 The blog gives an overview of the reforming of Common Agricultural Policy (CAP2020) and introduces the main standpoints of Estonian environmmental NGOs on this topic. 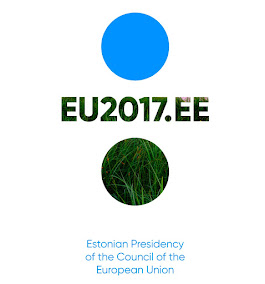